5 Reasons You Should Add a Rear Spoiler to Your Car

You'll find most car manufacturers offer optional rear spoilers for their vehicles, so why should you fit one to your current ride? Well, benefits cover everything from performance to efficiency to safety – here are just five reasons why you should strongly consider adding an OEM (Original Equipment Manufacturer) rear spoiler to your vehicle.

The name 'spoiler' sounds like something bad instead of something good. In fact, the spoiler's name comes from the fact that it 'spoils' unfavourable air movement. When a vehicle is in motion, air passes over it, creating turbulence or drag – this is why extremely high-performance cars are noticeably streamlined.

Fitting a rear spoiler changes the way air flows over the rear of the vehicle. In the process, it increases the downforce on the rear of your car, and that comes with a rich array of performance advantages. You can expect improved traction, especially while cornering, and more reliable braking stability.

In most cases, a car part that improves performance will also decrease efficiency. However, that isn't the case with rear spoilers. Improving airflow means less turbulence. Just think about how much easier it is to walk into the wind when you're bent with your head into it instead of standing erect; you expend a lot less energy. The same is true of your vehicle; it requires less energy when aerodynamics are improved, and that means reduced fuel consumption.

It's not like spoilers are so rare they turn heads, but adding a spoiler to your sedan, compact, or hatchback is at least going to let it stand out from the crowd. That makes it much easier to pick out your vehicle in a parking lot from afar. It's the sort of advantage you don't think about until you're enjoying it.

Rear spoilers don't just increase visibility in terms of finding your car in a parking lot; they also help vehicles approaching from behind see you earlier. They add a little extra surface area, and most include integrated lights. With your rear visibility improved for other drivers, you'll be driving safer.

Finally, let's not deny that adding a spoiler will give a performance-inspired edge to your vehicle, and that's often reason enough for people to add one. Even a fairly common vehicle will look more impressive with a spoiler attached. It simply adds a touch of flair.

Visit an automotive parts supplier to check out Honda car parts and parts for other makes that will improve your vehicle's performance. 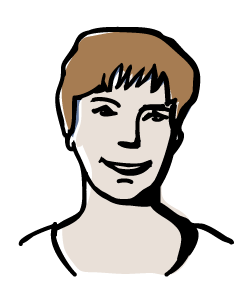 Owning a car can be a complicated business. Unless you have access to some sound automotive advice, you may find it very difficult to keep your car in good working order. Throughout my life, I have been lucky enough to receive lots of fantastic advice about how best to buy, sell, repair and maintain different cars. When I first bought a car, I didn't really understand what I was doing. Thankfully, all of that changed when I made friends with the mechanic at my local auto shop. Over the years, he has spent a lot of time explaining and demonstrating auto related things to me.